Dead cells were likely to loose adherence and be pipetted off during replacement of medium. In cultures grown with FBS, cells often clustered together in small colonies, in which cells underwent mitosis. In such environment, cells remained large and round and actively proliferating for more than three months. These cells were nevertheless also viable and mitotic for more than three months. After 10 weeks, the number of cells eventually declined in most cultures, independently of the various factors.

Some cultures were, for reasons unknown, more mitotically active than others and were passaged up to five times during a 3-months cultivation. With these exceptions, proliferation was generally slow. Cells showed no sign of differentiation. When FBS was added, the cells remained round for a longer time, before eventually reaching a similar morphology as cells reared without FBS.

Longitudinal sections were prepared of fixed and sliced eggs at age 32—34 hours, to determine the cellular composition of the egg interior. As shown in Fig.

I'm not a bot. Continue.

Longitudinal section of embryo at 32—34 h. A fixed and sliced embryo 32—34 h. Although there are several reports on short-term cultivation of honeybee cells, long- term maintenance seems to remains an unsolved problem [ 28 ]. Reports on cultivated honeybee cells include hemocytes [ 16 ], neurons [ 17 , 29 ], antennal cells [ 18 ] and embryonic cells [ 30 ], but not pertained to long-term. Our results demonstrate that, under the appropriate circumstances, embryonic cells can be cultivated for more than three months, and may constitute an in vitro system for studies and manipulations of the honeybee.

Long-term cell cultures will certainly increase the value of the honeybee as a model organism; enabling new opportunities for studies of various research subjects, including host-parasite relationships, use of cells as donors in cell transplantations for cell-mediated gene transfer, and production of honeybee chimeras. Our studies during the last three years, provides new knowledge about how to initiate and maintain honeybee embryonic cells in culture. We found that the medium able to support long-term cultivation was less complex than first expected.

Grace contains insect-supporting compounds, including yeastolate and lactalbumine hydrolysate, both additives known to be growth-promoting substances in insect cell cultures [ 31 ]; the medium has been reported to successfully support other insect cells in vitro [ 32 , 33 ]. So far, we have tested only a fraction of the numerous commercial insect media available, and further exploration of various media and supplements may contribute to develop even more favourable conditions to the cells, as utterly increased proliferation rates would be beneficial in many cases.

In addition to studying the supplements FBS and hemolymph, we tested makisterone as growth promoting additive, but we found no positive influence on proliferation of embryonic cells of our species. The same applied to addition of hemolymph, whereas FBS, in contrast, had a measurably positive influence on proliferation and on maintenance of initial morphology.

There are numerous reports on factors with stimulating effects on proliferation of insect embryonic cells, such as chicken egg ultra filtrate [ 34 ] and sapecin [ 35 ]. Additionally, media, originally designed for culture of honeybee organs [ 36 , 37 ], may also provide appropriate growth conditions for cells. However, we did not examine these in our study.

Our results suggest that initiation of honeybee embryonic cell cultures should be performed at pre-gastrula stage. At late stage five, early stage six, the final separation of the blastoderm cells is completed [ 19 , 22 ] and the cells are provided with distinct membranes, enabling their maintenance as units in an in vitro environment.

Cells of younger embryos were more likely to disrupt during the dissociation procedure, in agreement with observations reported by Cross and Sang [ 38 ], in their work with embryonic cells of Drosophila. We found that cells from eggs 36—40 h. Cell from eggs at this stage remained mitotic, viable and seemingly undifferentiated, with an unaltered morphology until experiments were terminated.

It is likely that cells from this stage can be used in future developmental studies, for example, of differentiation.

However, such studies requires tissue-specific differentiation factors, which, as far as we know, there is currently no access to. Cells from eggs at earlier stages either lacked complete cell membranes or were highly sensitive to the in vitro environment; they had a shrunken morphology and low proliferation rates.

This was particularly true for the 16— and 30—groups, whereas in the 32—group the cells maintained a round shaped morphology, but proliferation was lower than for the 36—group. Cell cultures from the oldest eggs 36—44 h. These cultures were mixtures of round and spindle shaped cells, not found in cultures of younger eggs. These observations were not surprisingly though, considering the developmental stage of these eggs early gastrulation. Interestingly, and in contrast to cultures from older embryos, FBS had no effect on cultures initiated from early embryos 16—18 h.

Longitudinal observations of cultivated cells showed that proliferation occurred mainly in cell clusters. A hour microscopic study of such clusters indicated that the cells divided inside the aggregate, followed by a "release" of daughter cells. The same was observed during studies of housefly embryonic cell cultures [ 9 ].

We found that, the pattern observed was seen mainly in cells initiated from eggs older than 32 h. These observations suggest that the cells produce and secrete mitagenic substances that trigger proliferation in neighbouring cells. Our observations of cell cultures stained with calcein and ethidium showed that the large majority of cells were viable, suggesting that dead cells loose attachment and floats into the medium.

These cells would then be removed during the change of medium. This suggestion is also supported by our observations over time, where mainly mitotic cells were seen, whereas areas of older and dead cells disappeared. It is likely, however, that both viable and dead cells were pipetted off during media replacements and, certainly, these cells could have been collected by centrifugation. However, there was no way of distinguishing viable cells from dead at this point, thus, we chose to discharge these withdrawals.

Our initial motivation for studying embryonic cells and for developing protocols for their culture was mainly to create a system allowing maintenance and manipulation of cells for subsequent injections into honeybee embryos. We have recently produced chimeric honeybees by cell transplantation between embryos [ 23 ]. Establishment of protocols for long-term cultivation of embryonic cells proves new opportunities for study of chimerism in bees. The protocols discussed can be used in various types of studies. Primary cultures, as reported here, can be used to create continuous cell lines, as for the fruitfly Drosophila melanogaster [ 7 ], fleshfly Sarcophaga peregina [ 8 ] and housefly Musca domestica [ 9 ].

Cell lines from various tissues in numerous insect species have been utilized in many areas of biological research, including physiology, toxicology and pathology [ 39 ]. Cultivation of embryonic cells provided useful insights into early mechanisms of embryonic development, differentiation and cell fate and, under appropriate conditions, larval and adult cells of mesodermal, ectodermal and endodermal origin can develop in vitro from such cell lines [ 40 ]. Cell cultures can also be used in studies of pathogen-host relationship [ 41 , 42 ], e. There are 18 reported viruses associated with the honeybee [ 43 ], of which at least 6 have been sequenced [[ 44 - 47 ], GenBank Accession no.

NC and NC ]. Also, an in vitro system would be highly valuable for studies of parasites such as Nosema Nosema apis , which reproduce in epithelial cells in the honeybee midgut. A report on infection of DWV on cultivated embryonic cells is forthcoming Bergem and Forsgren, manuscript in prep.

For the cell cultures reported here, we see also interesting potential in reverse genetics, as the honeybee genome has been sequenced, and RNA interference has already proved to be a successful tool for in vivo studies of gene function and of phenotypes [ 48 , 49 ]. 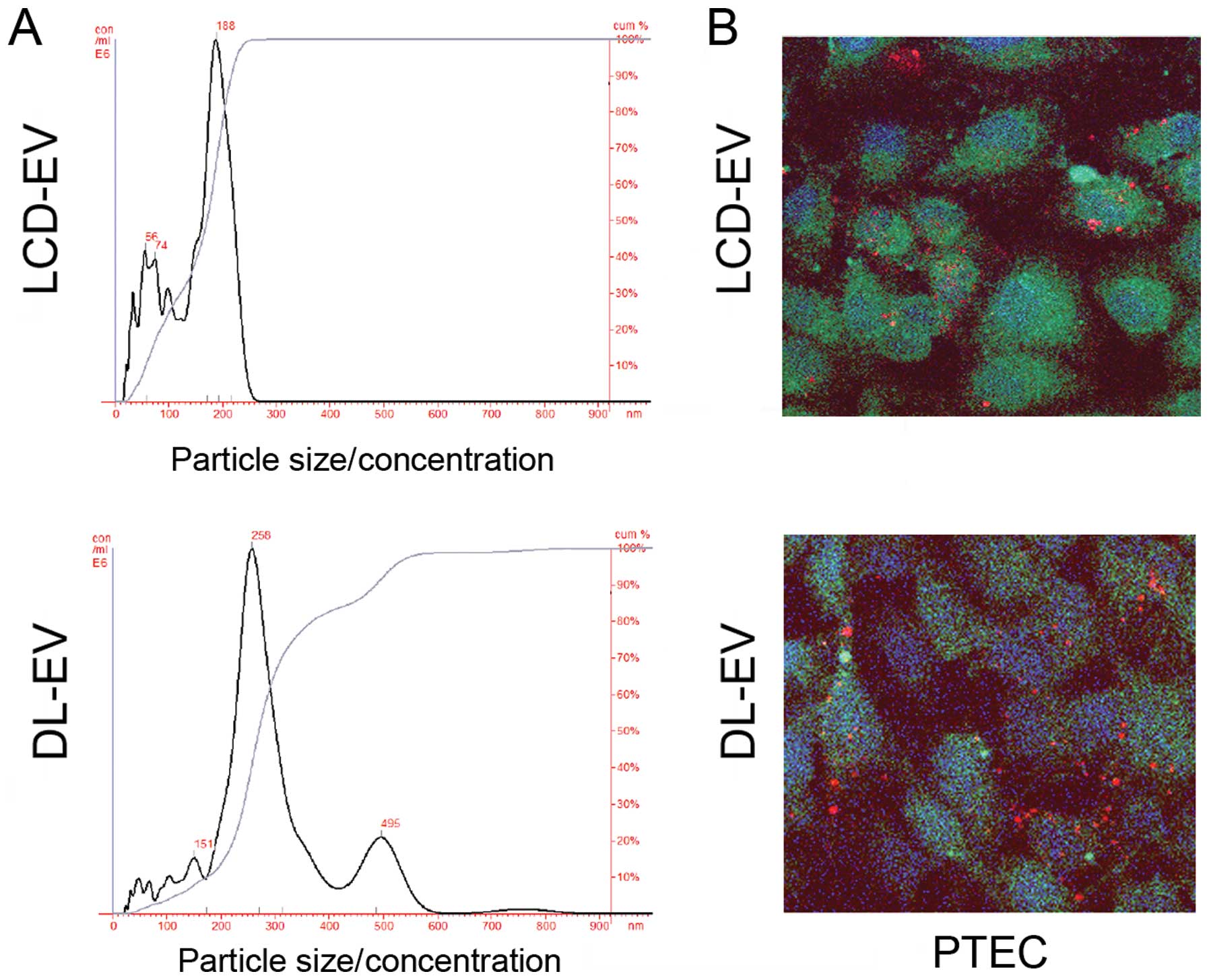 The work provided here demonstrates the first reported long-term in vitro cultivation of honeybee embryonic cells. We have developed methods to initiate cell cultures from pre-gastrula stage honeybee embryos and were able to successfully cultivate viable and mitotically active cells for more than three months. As the honeybee is becoming an increasingly important model organism, long-term cell cultures introduce a useful system to study new and interesting subjects within research areas, such as developmental biology, pathology and reverse genetics.

Scientific, Inc. Supplementary hemolymph was collected from nurse bees and added directly to Grace medium on ice. Hemocytes were spinned down at rpm 5 min before removal of haemolymph-containing supernatant. Supernatant was filtered by use of 0. Cells were objected to growth in 6, 24 and 96 wells plates Falcon. Dye was added, either directly to colonies in wells, or to extracted cell samples.

For direct staining in wells, we grew cells on chamber slides Lab-Tek , to facilitate subsequent microscopic studies. Viewed by fluorescence microscopy, nuclei of dead cells were stained by ethidium red , whereas cytoplasma of viable cells were stained by calcein green. Dosages were applied as recommended by manufacturer.

The following dosages of dye was added to cell samples; 0. To evaluate growth pattern and proliferation, cells cultured under various conditions were collected and counted every 7 th day. Cells were stained by tryphan blue 0. Before embedding, eggs were washed thoroughly in 0. Longitudinal sections were studied, to investigate the distribution of cells within pre-gastrula stage embryos. MB was responsible for the experimental design, performance of experiments, analysis and interpretation of data and writing of manuscript.

KN made considerable contributions to the development of protocols. RA critically read manuscript drafts. All authors approved of final manuscript. This research was supported by the Research Council of Norway. Europe PMC requires Javascript to function effectively. Recent Activity.